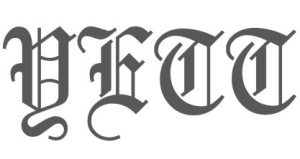 The Oxford English Dictionary definition for the word gate is:

“An opening in a wall, made for the purpose of entrance and exit, and capable of being closed by a movable barrier”.

The word gate is derived from Old and Middle English.  Old English or Anglo-Saxon was spoken from roughly the mid-5th Century after the Romans departed,  Middle English was roughly 11th to 15th Century when the Normans took control.
In Old English geat, get, meant a hole or opening and corresponds with the Old Dutch / German word for hole, gap or breach.  In Old Norse gat corresponded with wanting. We still use lots of Old Norse words like tidings and saga and you can find 137 more here

The original Old English declension was gæt, in the singular, and gatu in the plural. In late Old English, about the 9th Century when King Alfred was being Great, the functional distinction between the two types was already disappearing so that we find such forms as gates, gate (singular) and geatu, geatum (plural).

The etymology of the word gate is obscure with some scholars referring to the root of get to be either ‘receptacle’ (hence ‘cavity’, ‘hole’, ‘opening’) or ‘means of reaching’ (hence ‘way of access’). It’s uncertain whether it’s allied either to get or to gate.

The Middle English meaning of gate was:

(a) A gateway; a gate of a city, castle, house, etc.; also, a doorway; a floodgate;
(b) The movable barrier which closes off a gateway; a portcullis.
(c)  A means of stopping idle chatter. Wondering what that would look like? Then find out about the scolds bridle here.

Since the 16th Century gate has been the sole form in literary English although dialectally the forms with y remain in northern and North-Midland districts and occasionally they are found surviving elsewhere, as in North Devon and at Banbury.

Scottish: Yett. – that’s all,  just Yett!  No messing.  This is a Yett at Greenknowe Tower. Scotland. A Yett is a gate or grill of latticed bars used for defensive purposes in castles and tower houses and are mostly found in Scotland. There are some great examples here.

The earliest references to yetts date from around the 14th Century and you needed a royal warrant to install one.  They were cheaper than a portculis with a simpler construction that was almost impossible to dismantle.   If you want to see how one was constructed this website has a great illustration.

This site uses Akismet to reduce spam. Learn how your comment data is processed.